Hit enter to search or ESC to close
BIMGeothermal

By jmengineering November 16th, 2018 No Comments

Temperatures in an office or business setting may play a significant role in how well employees perform at their jobs. According to a study conducted by Cornell University at an insurance office, researchers found that cooler temperatures led to more errors with less than half of the productivity. Temperatures sustained at 77 degrees Fahrenheit performed a more ideal condition as workflow increased and errors diminished.

In a warmer setting, have you ever found yourself unfocused and fighting fatigue? Heat can play a role in problems for employees in much the same way as cooler temperatures. In extreme conditions, heat exhaustion may become apparent and physically dangerous. While there are many factors that can lead to workplace inefficiency due to heat stress, such as lack of water consumption and proper rest periods, the ambient temperature of the establishment may be causing employees to suffer greatly.

A large portion of employee heat stress research shows that an ideal temperature for productivity and comfort rests between 70 and 73 degrees Fahrenheit. According to the research, this is the “Goldilocks” zone for improved efficiency in the workplace as it’s not too hot or too cold. However, not all business establishments are developed well enough to properly distribute warm and cool temperatures evenly throughout the different areas. While central air can be a boon to increasing value and comfortability, a better solution is needed in order to maximize the productivity of everyone within the establishment.

Increasing the “Happiness” Level of the Workplace

Productivity isn’t the only aspect of work that may be affected by temperate climates. As heat and cold stress can have a negative impact on the mental state of an individual, variations above and below an ideal temperature may cause workers to become unhappy and stressed about the workplace. By creating an ideal climate for productivity, you may also create an ideal setting that allows individuals to focus on the work and not on the ambient temperature of the room. No one purposely looks for a job that makes them miserable, and an office space that is too hot or cold may cause employees to dislike the work.

Using systems such as radiant heat and cooling evenly distributes temperatures throughout an establishment. Instead of a few individuals being affected by perfect temperatures while others may suffer, the pipework within floors and walls evenly heat and cool the office space depending on the season. When it comes to the performance of your employees, what’s the temperature like in your place of business? 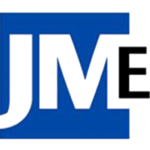